Iconic Moments of 2011 (India and the world)

Japan’s killer tsunami, Sikkim’s devastating quake, the Occupy Wall Street movement, and Anna Hazare’s hunger-strike were some of the many significant moments of 2011. Here they are in pictures: 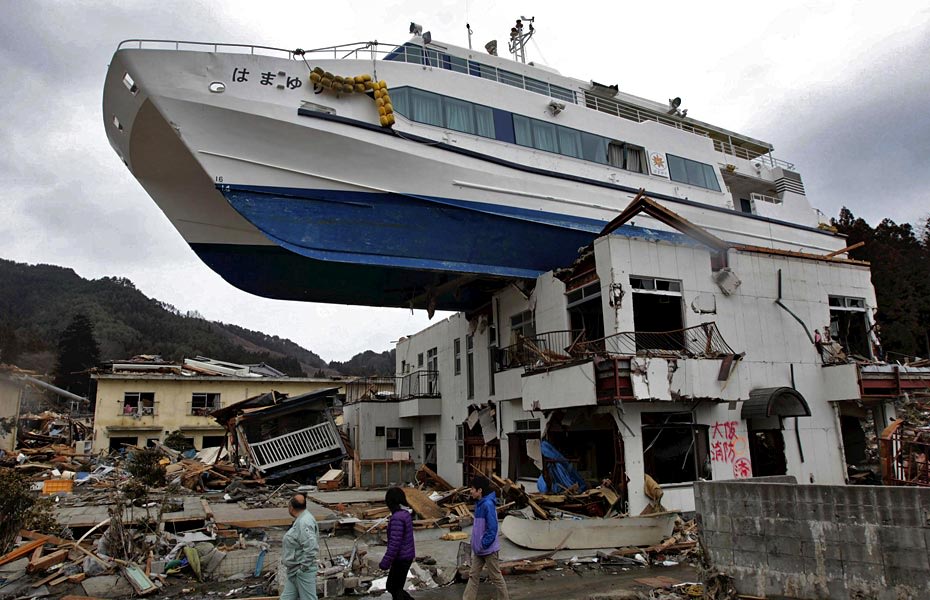 On March 11, Japan was hit by one of the largest earthquakes ever recorded. The magnitude-9.0 quake spawned a deadly tsunami that slammed into the small island nation, leaving a huge swath of devastation in its wake. 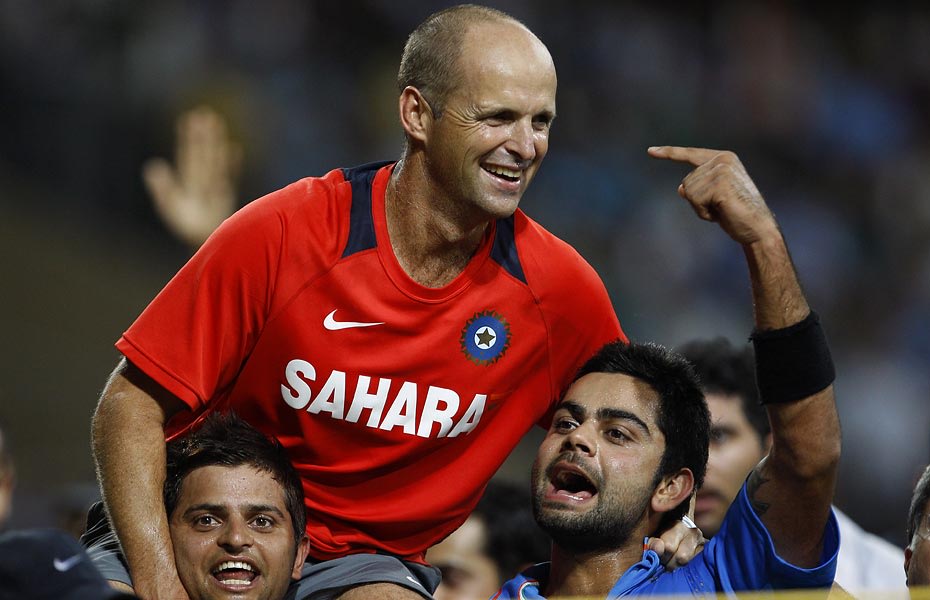 Gary Kirsten ended his term as India’s coach on a high, guiding India to a historic World Cup triumph, said it was an honour to coach Team India.

Śri Sathya Sai Baba  born as Sathyanarayana Raju (23 November 1926 – 24 April 2011) was an Indian spiritual figure, mystic, philanthropist, and educator. He claimed to be the reincarnation of Sai Baba of Shirdi, a spiritual saint and miracle worker who died in 1918 and whose teachings were an eclectic blend of Hindu and Muslim beliefs, The materializations of vibhuti (holy ash) and other small objects such as rings, necklaces and watches by Sathya Sai Baba were a source of both fame and controversy; devotees considered them signs of divinity, while skeptics viewed them as simple conjuring tricks.[13] Photos of him are displayed in millions of homes and on the dashboards of cars, and lockets bearing his photo are worn by many as a symbol of good fortune. passed away on 24 April 2011 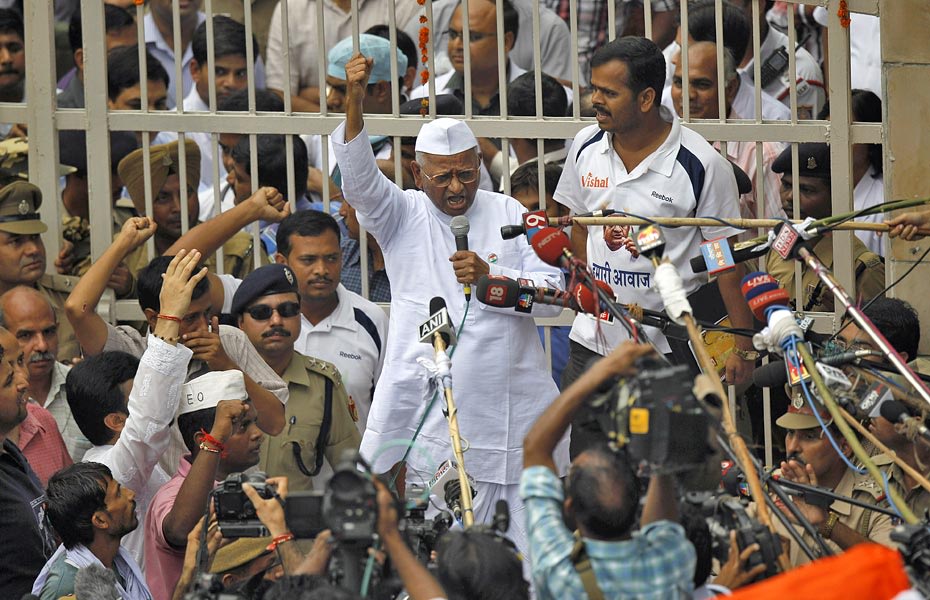 Anna Hazare’s crusade against corruption has grabbed headlines all over and inspired the common Indian to demand for a Jan Lokpal Billthat would hold politicians accountable for their actions. 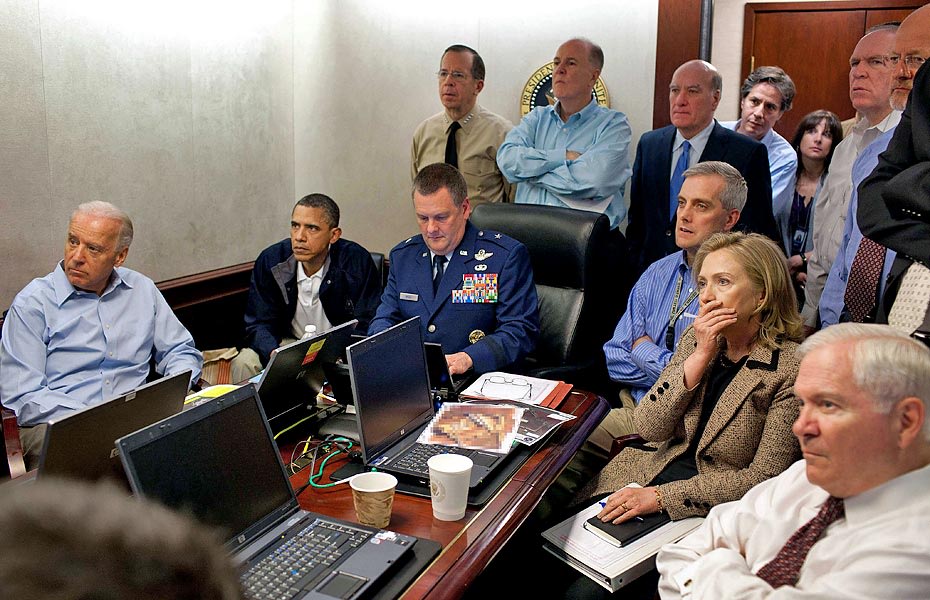 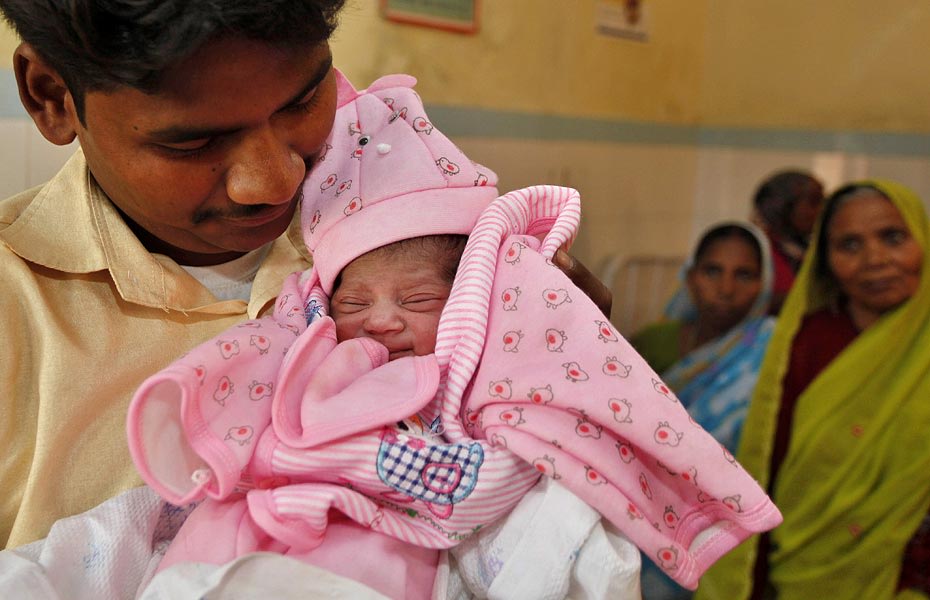 Nargis, a girl born in Uttar Pradesh, India’s most populous state, was welcomed as the world’s seven billionth baby — an honour she shares with a girl child born in the Philippines and a boy in Russia. 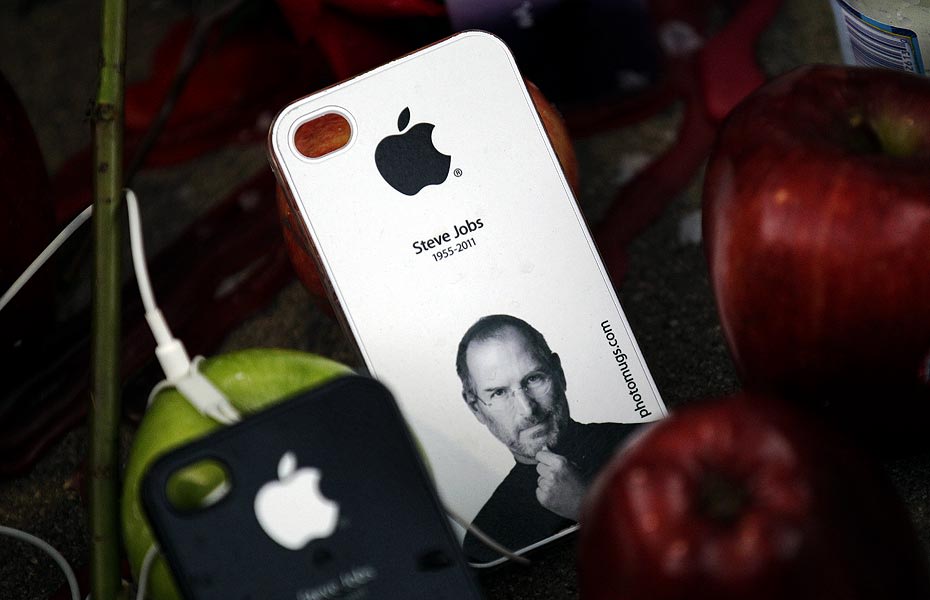 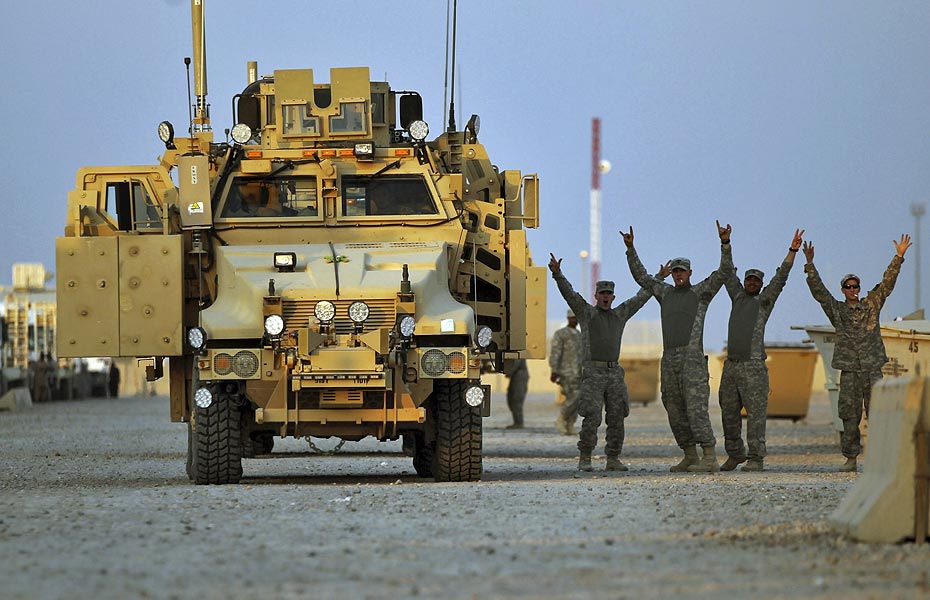 The last convoy of US soldiers pulled out of Iraq, ending nearly nine years of war that cost almost 4,500 American and tens of thousands of Iraqi lives, and left a country grappling with political uncertainty. 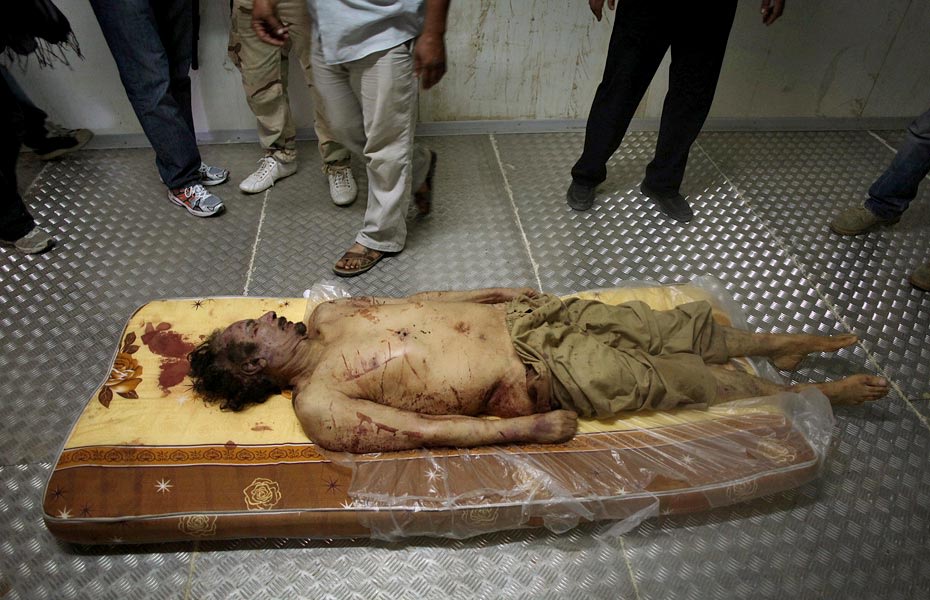 Muammar Gaddafi, who ruled Libya with an iron fist for over 40 years, was killed after being on the run for two months by National Transitional Council fighters. 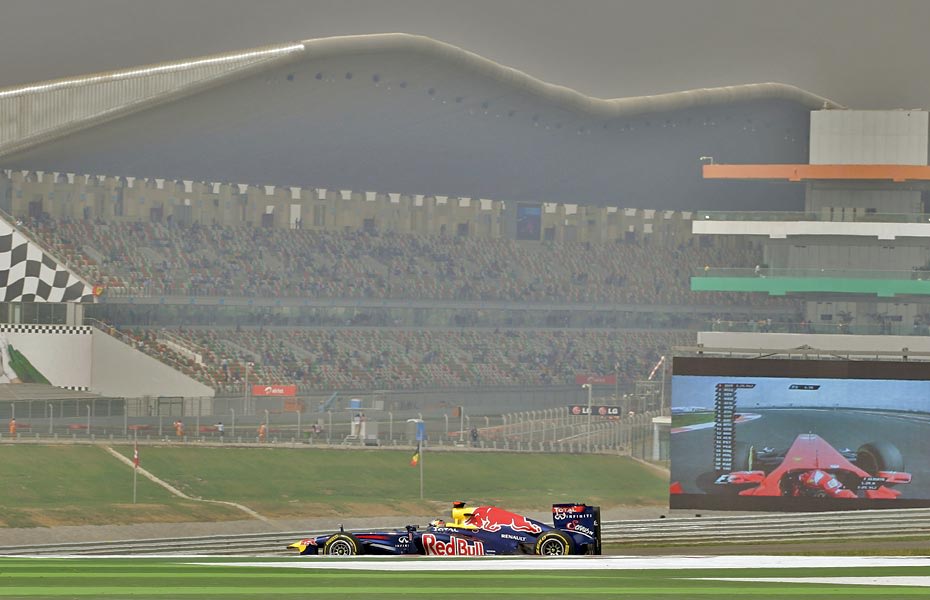 The success of the Indian Grand Prix at the Buddh International Circuit helped soothe the bitter memories of a messy and shambolic Commonwealth Games. 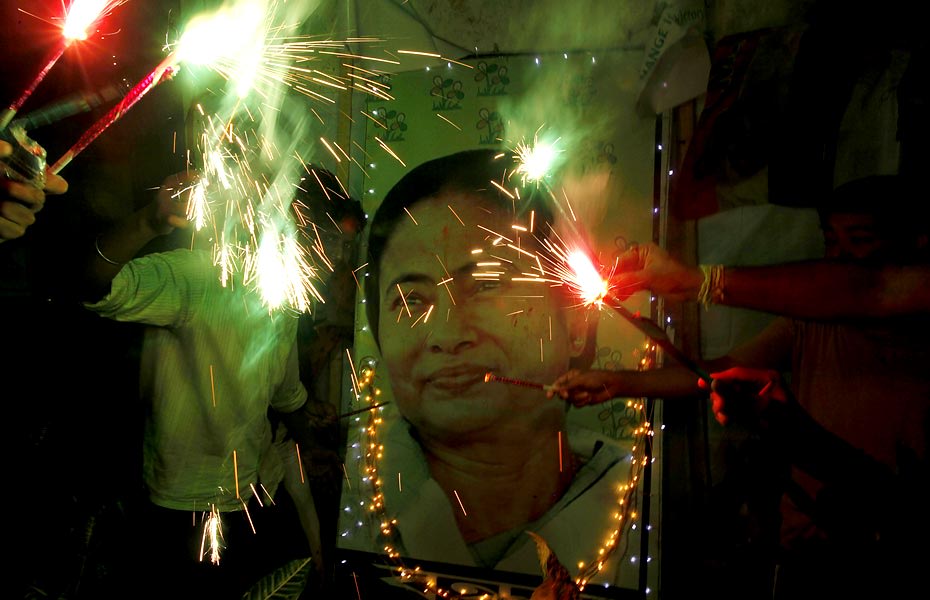 The 34-year-old regime of the Left front finally crumbled to a feisty Mamata Banerjee, making her the first woman chief minister of West Bengal when her party won the assembly elections this year. 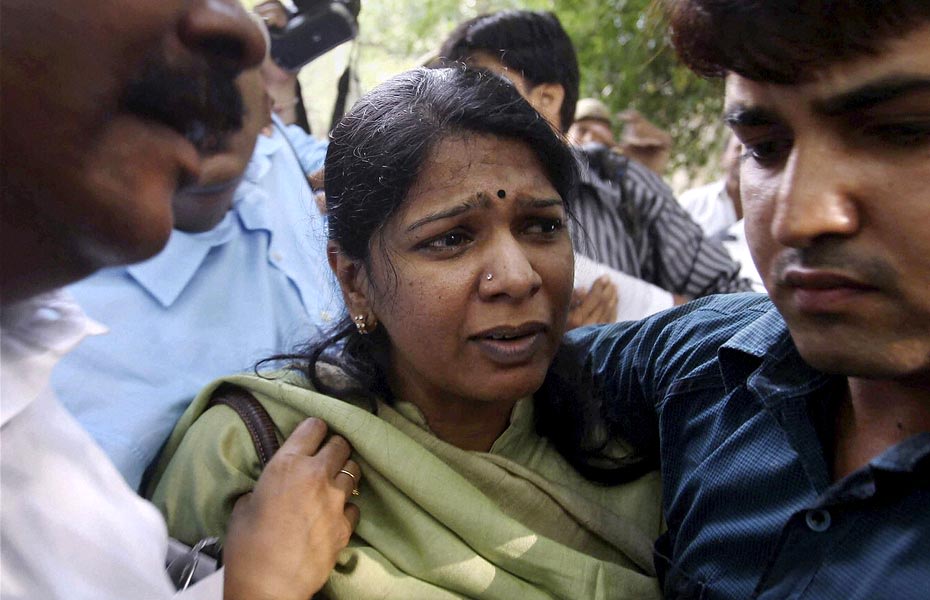 Dravida Munnetra Kazhagam Member of Parliament Kanimozhi, was sent to Tihar  Jail in May this year for her alleged role in the 2G spectrum scam. 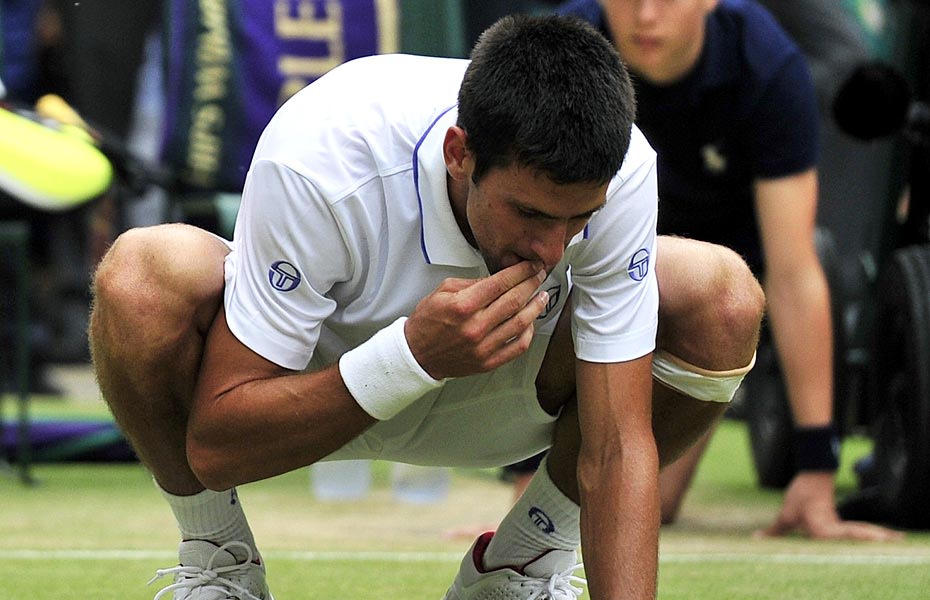 Tennis star Novak Djokovic, celebrated his Wimbledon victory by eating a piece of grass, said that will taste the grass every year he wins. 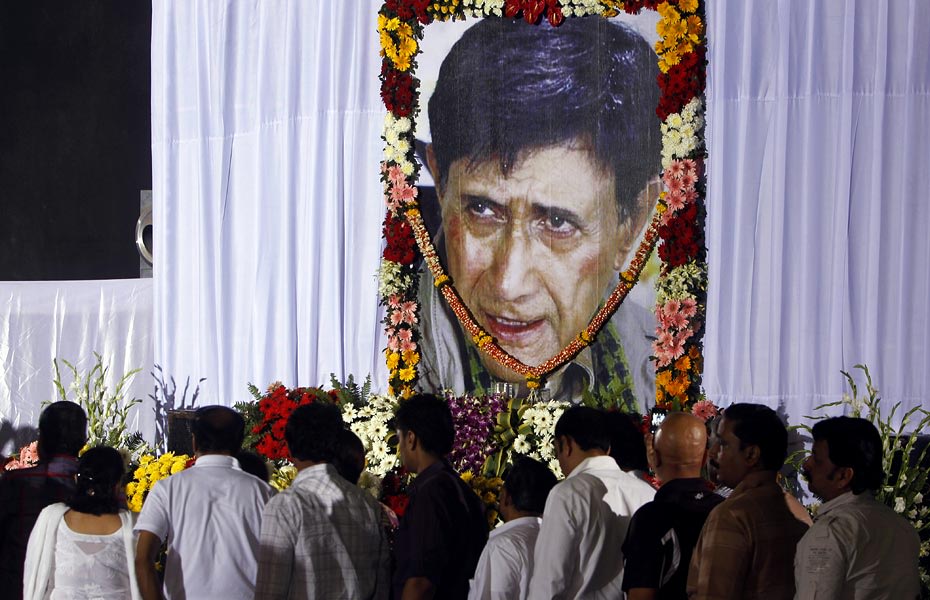 Dev Anand, the ‘Evergreen Romantic Superstar’ of Indian cinema, has passed away in London following a cardiac arrest. 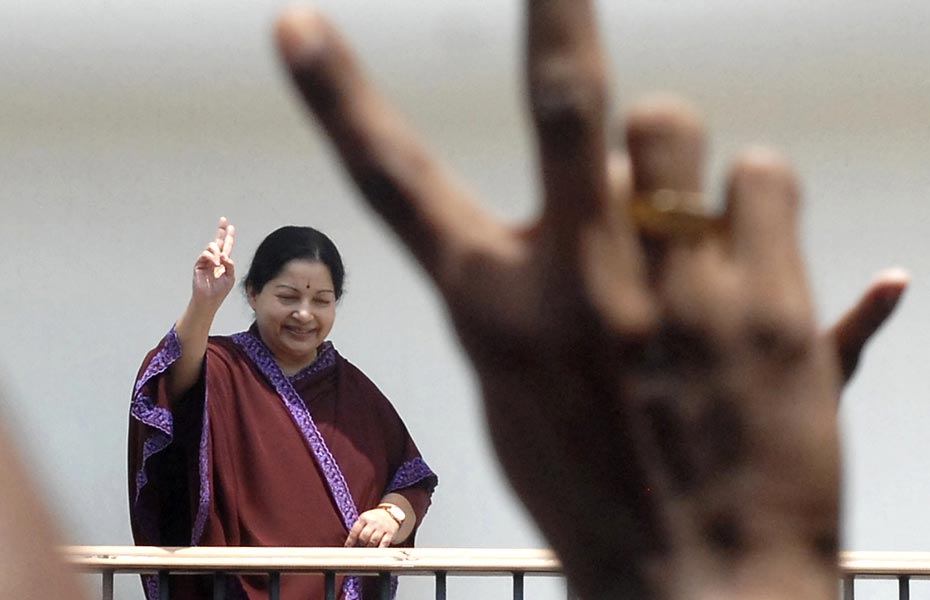 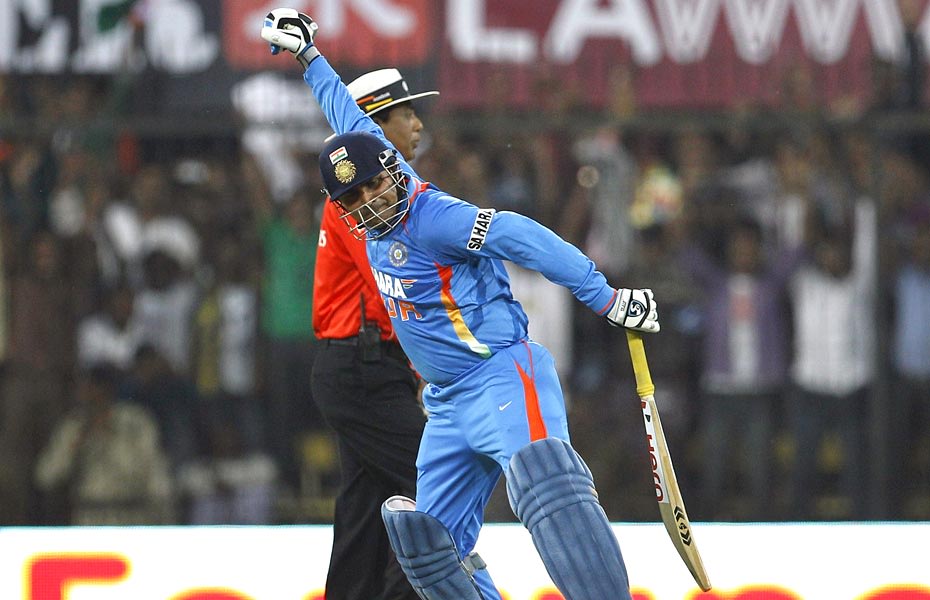 “Everybody was expecting me to score a double hundred and I think I lived (up to the) expectation,” a visibly tired Sehwag said at the innings break. 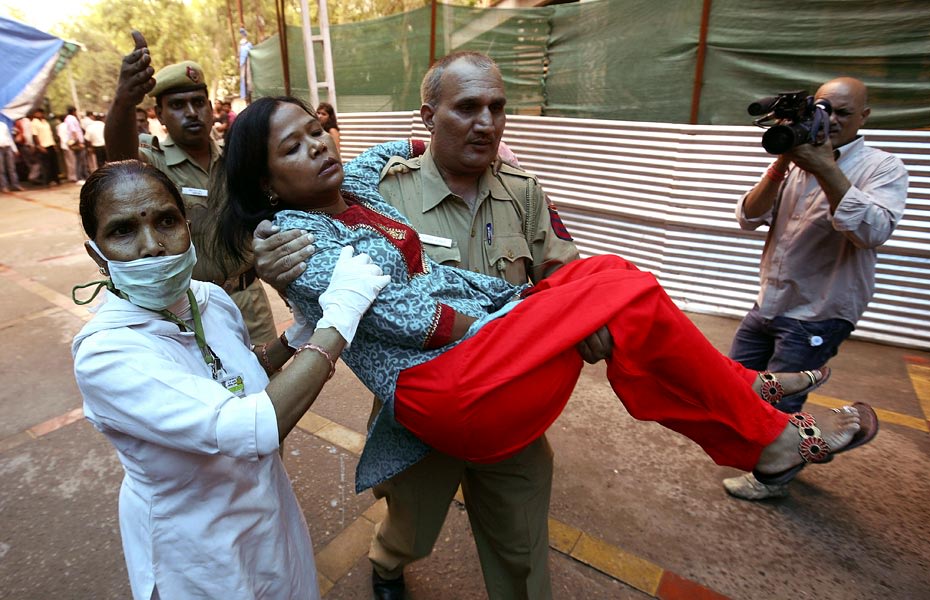 The day – Wednesday – and the site – Delhi High Court – were chosen purposefully by the bombers for maximum casualties. It is the day of the week that is fixed for filing public interest litigations, and Gate No. 5 is the place where the litigants crowd to enter the court premises. 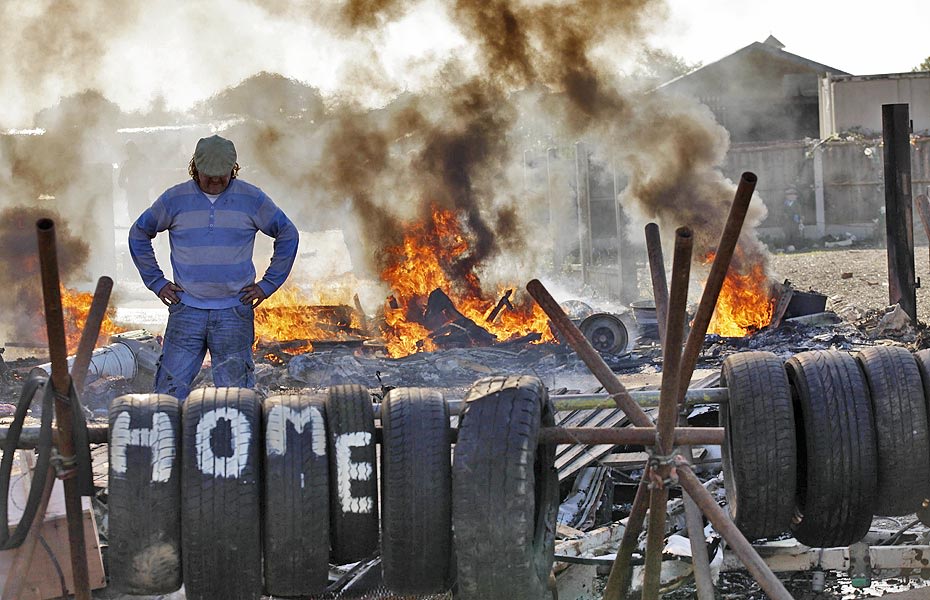 Rioting and looting spread across London as hooded youths set buildings and cars ablaze, smashed shop windows and hurled bottles and stones at police in a third night of violence in Britain’s worst unrest in decades. 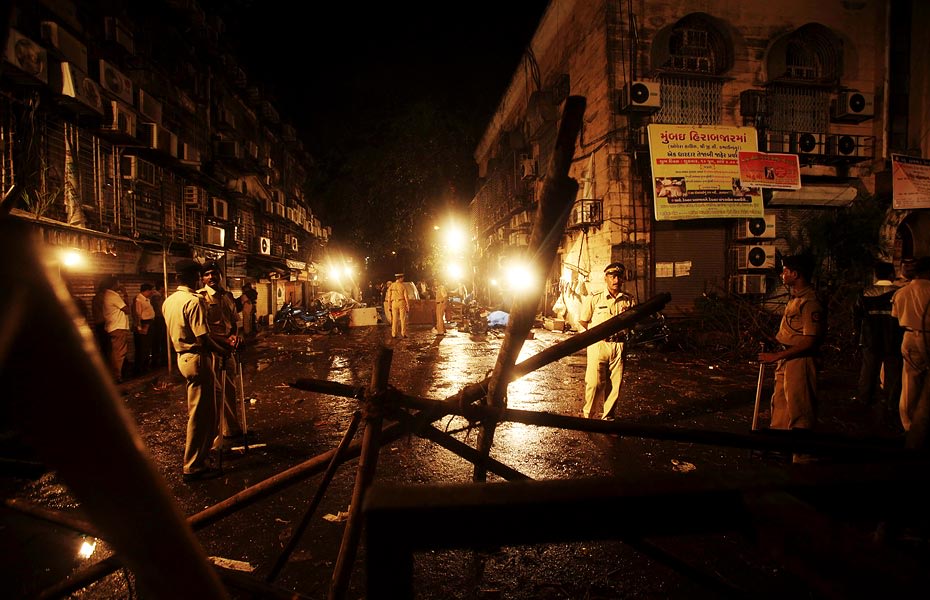 Serial blasts struck Mumbai, less than three years after the 26/11 terrorist attacks of 2008. The three blasts targeted Zaveri Bazaar, Opera House and the Kabutarkhana area of Dadar West, killing at least 17 people and injuring 131 others. 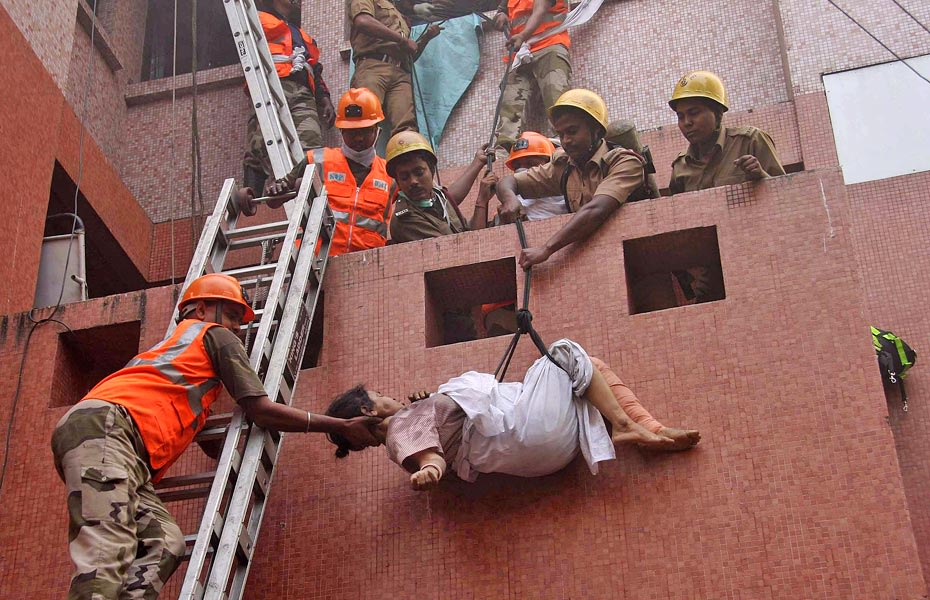 Over 90 patients in Kolkata’s well known AMRI hospital were killed along with three staffers when a blaze started in the basement of the annexe building and toxic fumes quickly spread to the other floors, trapping hundreds of people. 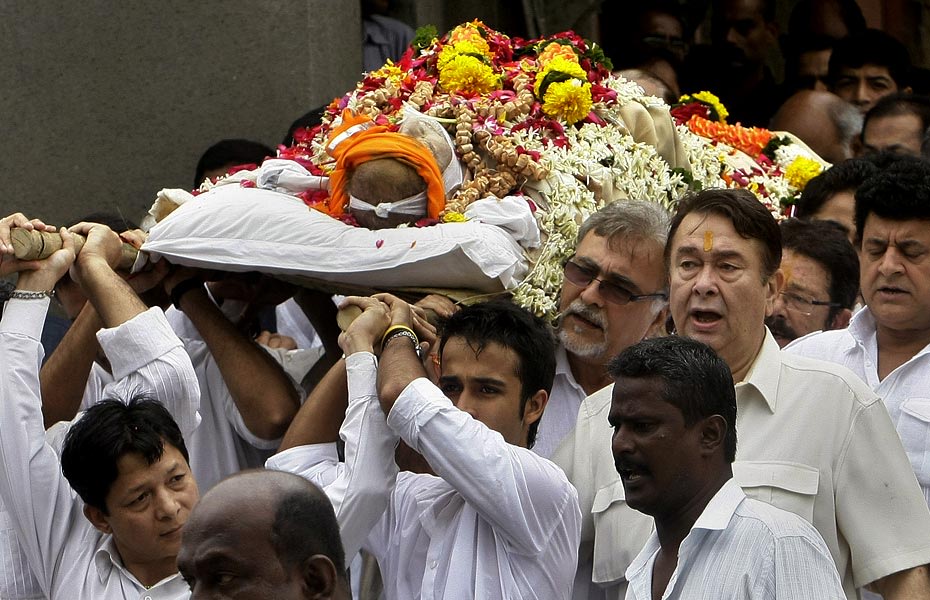 Shammi Kapoor, known for his flamboyant style and energetic dance moves that charmed movie-goers of all generations, passed away after a prolonged illness. 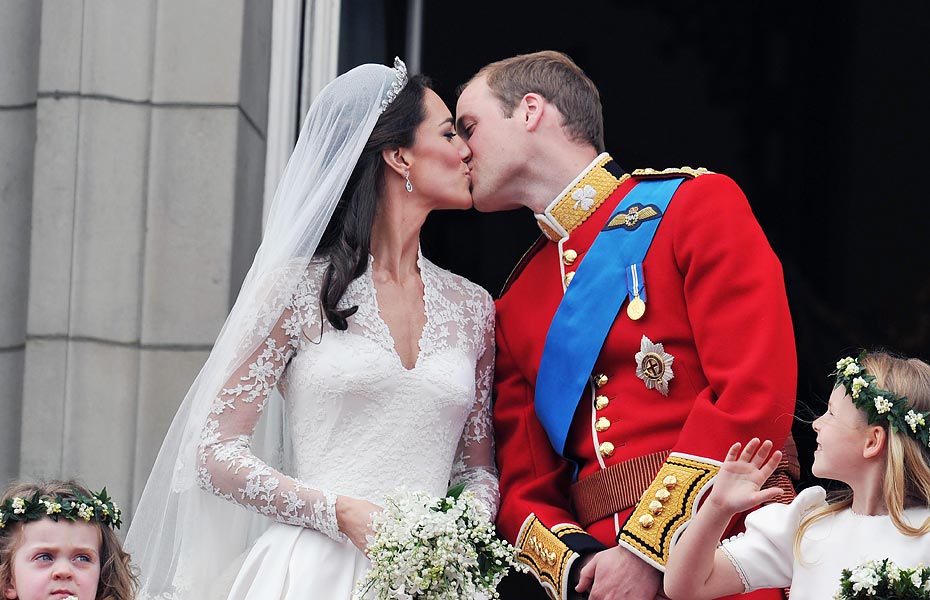 The entire world watched their wedding live, and then it was time for the Prince to kiss his beautiful bride. He kissed not once, but twice! This one beats even the fairytales. 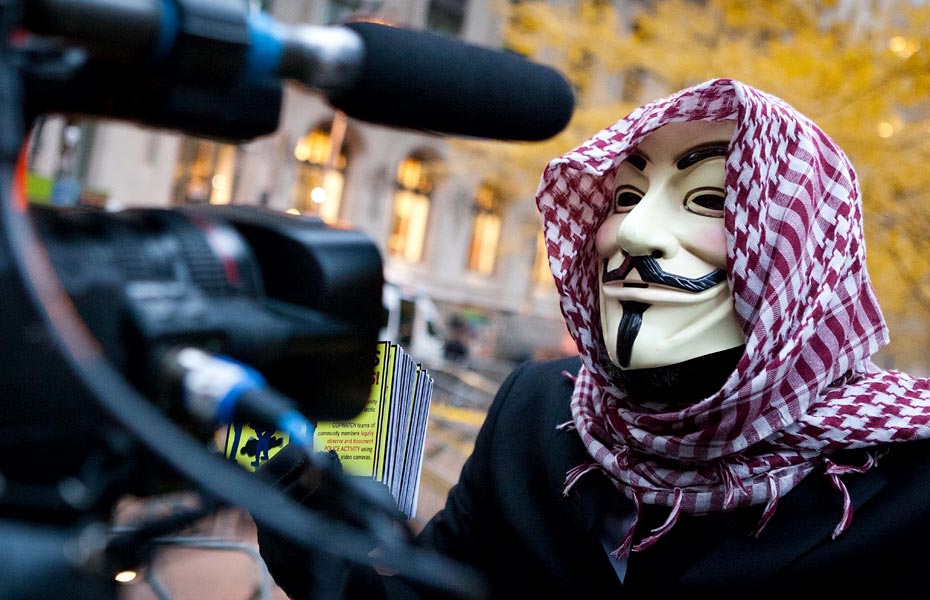 Many have been intrigued by the Occupy Wall Street movement against financial inequality that started in a New York park and expanded across America from Tampa, Florida, to Portland, Oregon, and from Los Angeles to Chicago. 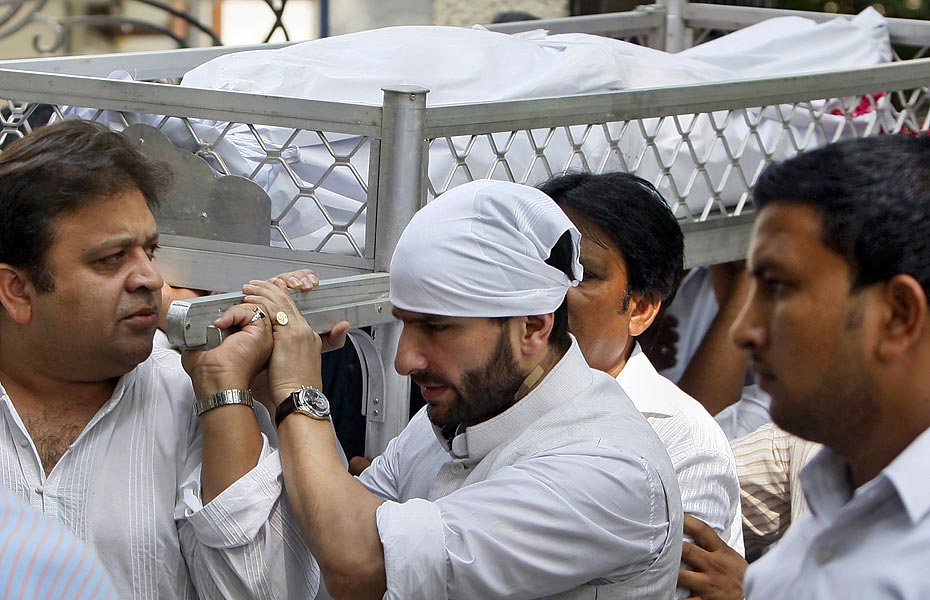 India’s cricket legend Mansur Ali Khan Pataudi, who personified style on and off the cricket field, passed away after battling a lung infectionfor about a month. 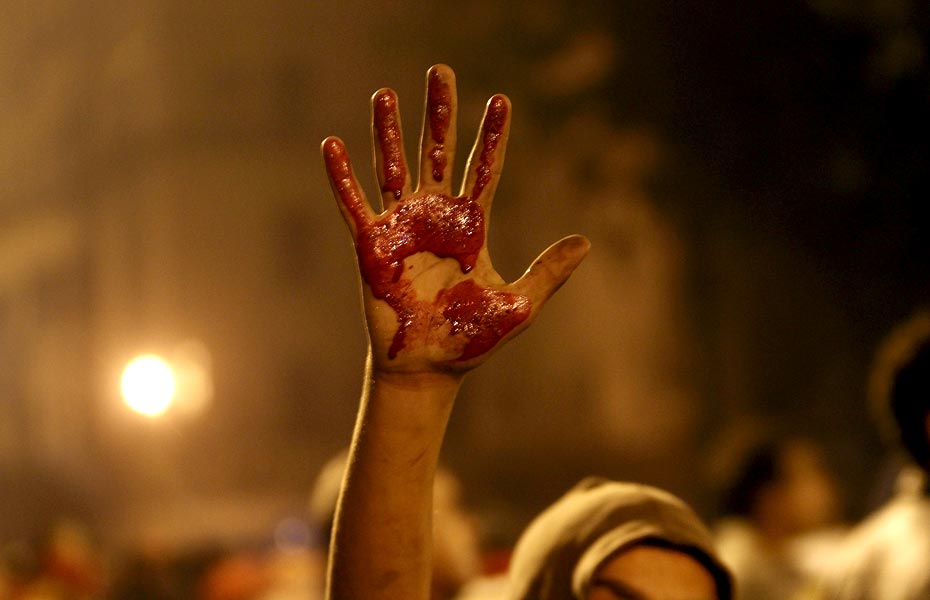 Streets around the square which hosted Egypt’s historic uprising are spattered with the blood of protesters now demanding an end to the army rule that replaced Mubarak. 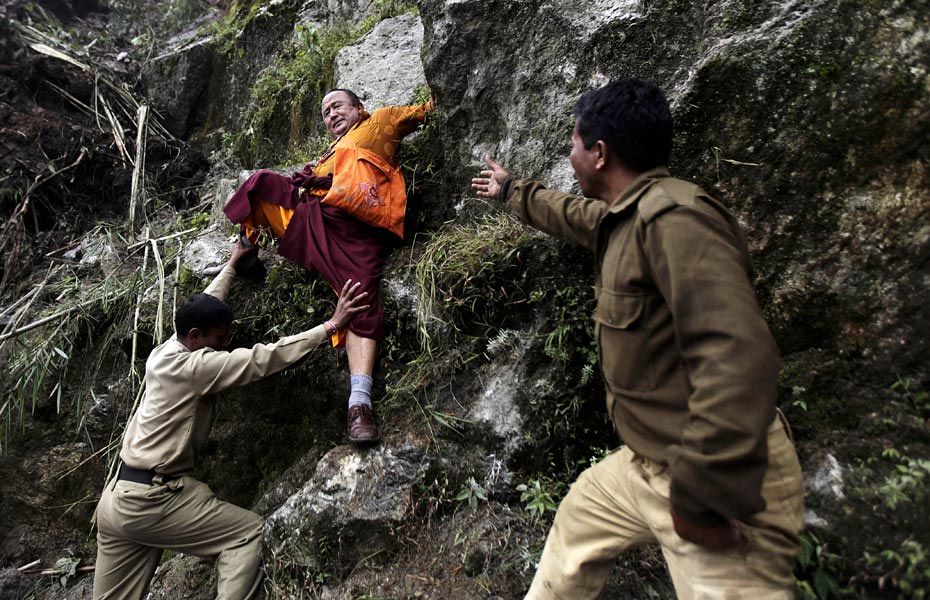 Chief Minister Pawan Kumar Chamling said the loss from devastating earthquake in Sikkim is estimated to be around Rs 1 lakh crore. 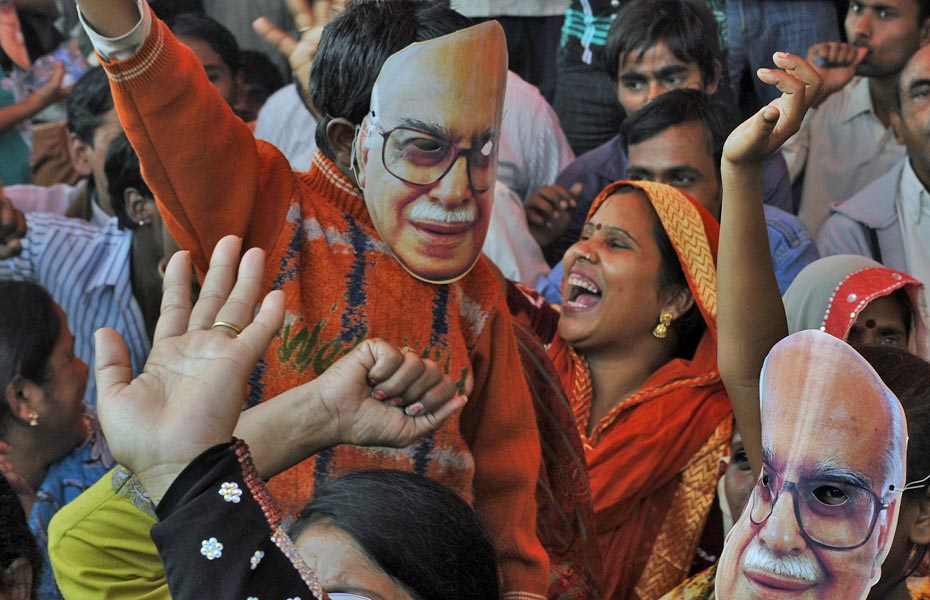 The man whose Rath first drove a party with just two seats in Parliament straight onto the national stage, clearly believes the yatra is still a journey to political advantage. 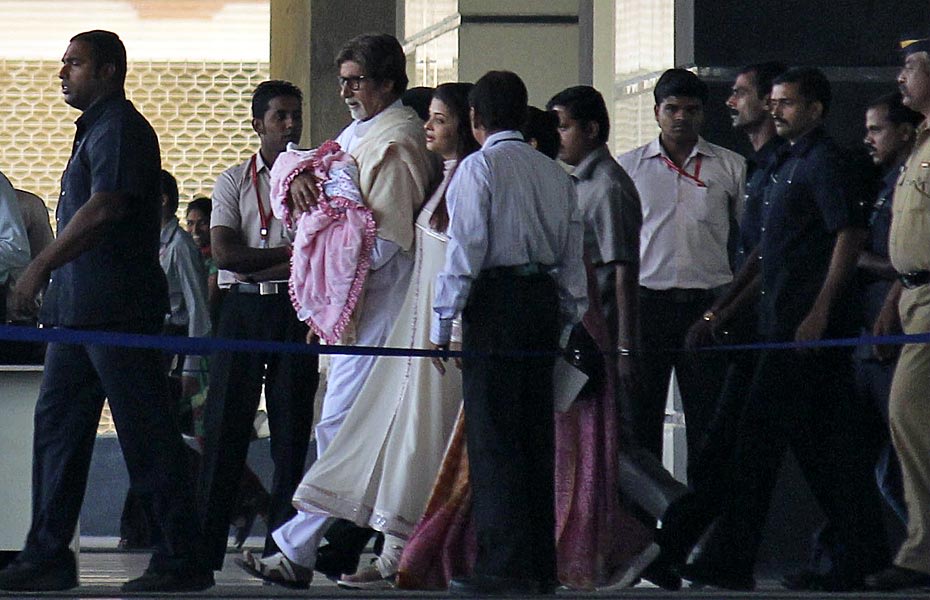 “I AM DADA to the cutest baby girl,” Amitabh Bachchan announced on Twitter. 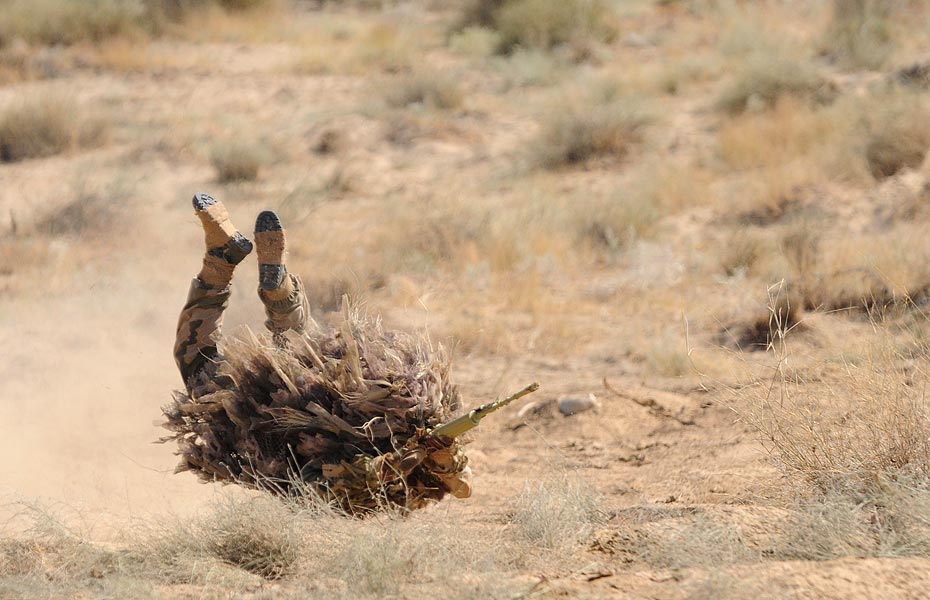 Over 50,000 troops and about 500 main battle tanks like T-90s, T-72s and the indigenous Arjun, as also infantry combat vehicles, participated in the exercise codenamed ‘Sudarshan Shakti’, which also featured fighter jets, transport and helicopters of the Indian Air Force. 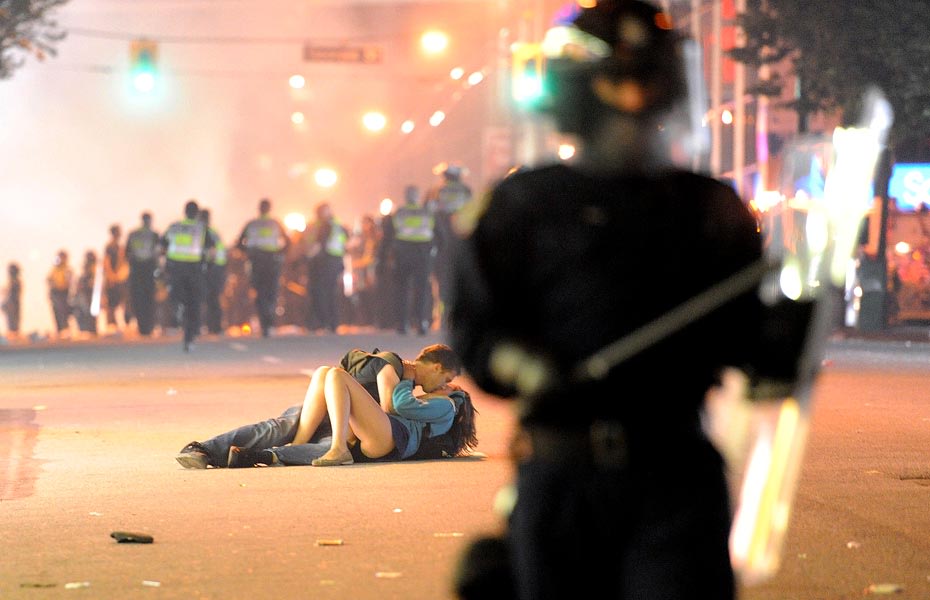 While Vancouver city was burning following the riots post their team Canucks’ disgraceful defeat in Stanley Cup, a young couple – Scott Jones and his girlfriend Alex Thomas were snapped kissing amidst the commotion. 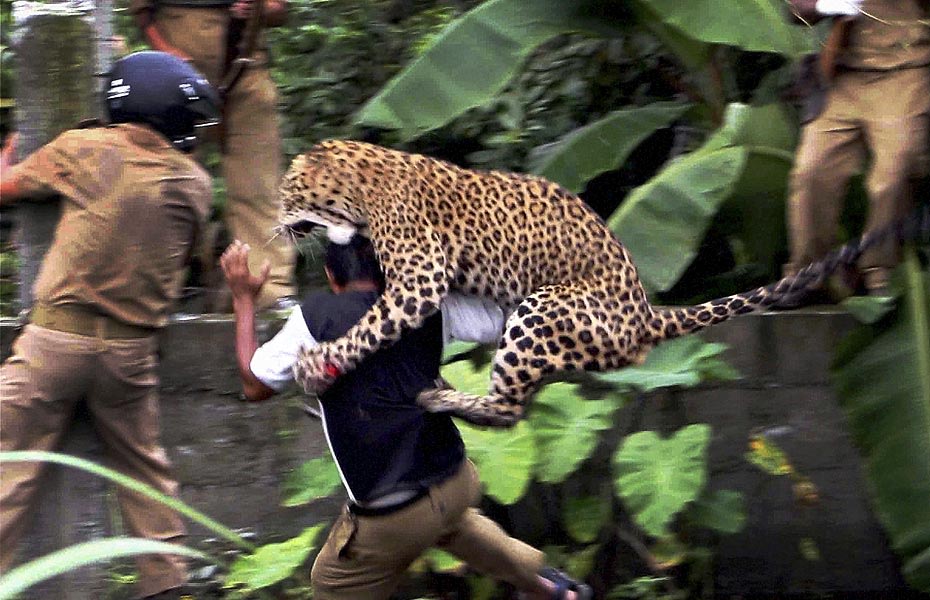 A leopard strayed into Prakash Nagar village in West Bengal and mauled several people, including three guards, before being caught by forest officials.

The world has lost computer pioneer. Dennis Ritchie, the computer scientist who invented the C programming language and co-developed the Unix operating system, has died at the age of 70.

Bhupen Hazarika (1926 – 2011) was an Indian lyricist, musician, singer, poet and film-maker from Assam. His songs, written and sung mainly in the Assamese language by himself. He died of multi-organ failure on 5 November 2011. His body lay in state at the Judges Fields in Guwahati and cremated on 9 November 2011 near the Brahmaputra river in a plot of land donated by Gauhati University. His funeral was attended by an estimated half a million people.